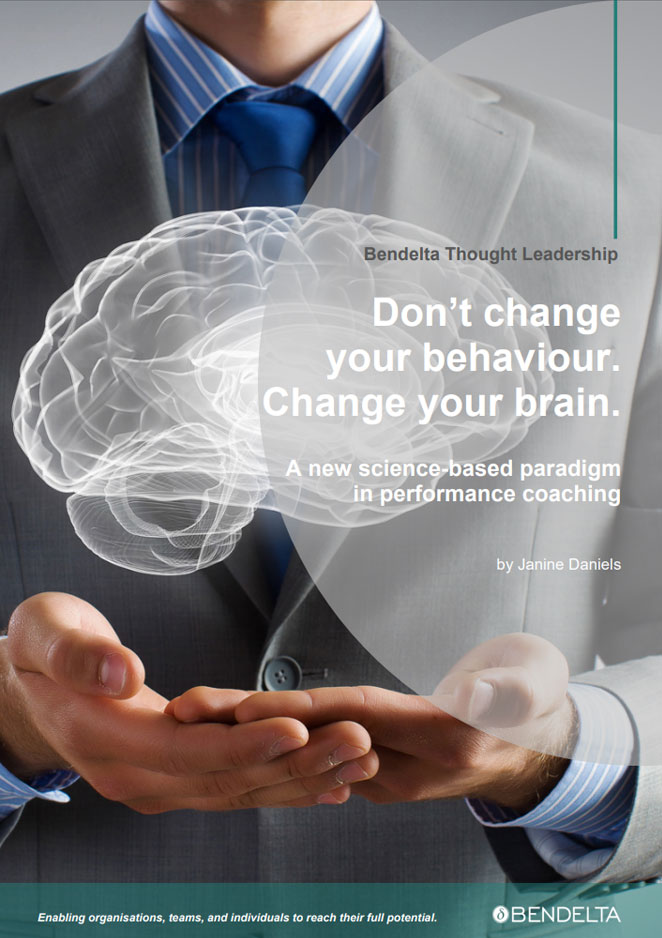 Mike* grew up in the country with undiagnosed dyslexia. He spent his school years feeling frustrated, which led to frequent emotional outbursts. No one expected him to pursue a white collar career and his teachers expressed doubt that he would ever achieve a tertiary education. Mike reports that a few years after he completed school, he felt a spark of determination ignite. Not only did he go on to he to achieve a degree, he also had a highly successful sales career. However, his sense of self did not keep pace with his achievements and he still thought of himself as being a rough, stupid country boy who was ill-tempered and exploded when he got frustrated.

Susan* grew up in a large family and was dubbed ‘the smart one’ from an early age. She relished being successful, but received clear messages in her formative years that she shouldn’t call attention to herself, and that above all, humility should be cultivated. Fast forward 30 years, it was no surprise to Susan that she still valued contributing in a quiet and unobtrusive way and associated speaking up with being arrogant and pushy.

Now you might be wondering, what could Mike and Susan possibly have in common? They both came to Bendelta for Executive Coaching. 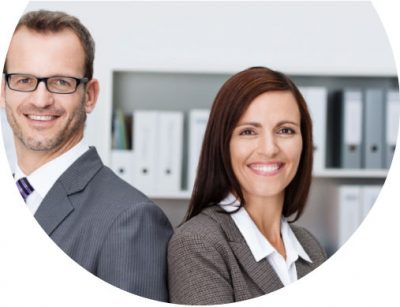 Mike was referred to help ‘smooth out his rough edges’.

He had recently been appointed to the Board of a holding company where he was exhibiting aggressive behaviour, which was not in keeping with the role. Susan requested coaching as she had been passed over for two promotions and suspected her softly-spoken, compliant demeanour, was getting in her own way.

Mike and Susan had huge potential. But they weren’t achieving it.

The International Coach Federation defines coaching as a “…thought-provoking and creative process which inspires (clients) to maximize their personal and professional potential …” and when one is “ready to devote the time and the energy to making real changes … then coaching may be a beneficial way to grow and develop.”
Indeed, a desire to create a change of some kind is the reason that most clients seek out coaching. Both Mike and Susan needed to change ‘something’ in order to be more effective and achieve more of their potential. Humanistic psychologists have long deemed maximising human potential to be at the apex of needs-based motivators.
Maximising or unleashing human potential has also been recognised as a key source of competitive advantage as we enter the cyber-physical age and human contributions to business success are much more related to nonprocedural work than ever before.

What then is the set of factors that encourages liberation of individual potential and results in transformative growth and change? What can overcome the barriers that stand in the way of individual progress?

Let’s face it, real change is not easy

We know that change is hard. Who amongst us have tried to implement something as simple as a new exercise regime? It appears to be a favourite of the ‘New Year’s Resolution’ crew. Gyms tend to burst at the seams for the first six weeks of the year, only to revert to their regular attendance level come mid-February.
Working with clients like Mike and Susan regularly exposes this pattern. While short-term behavioural change is achievable, it is the long term, sustainable change which is challenging, but what is really needed.

When we had our initial consultation, Mike reported that he had received feedback on his behaviour (which included shouting and banging his fist on the table) and that he had tried really hard to change, but that whenever he was under pressure, he tended to ‘explode’. Susan had also tried to modify some of her behaviours, including speaking louder and making suggestions, but felt that she could only try doing this in one-on-one meetings or if she knew someone well. She reverted to a place of quiet safety in groups and with new people. 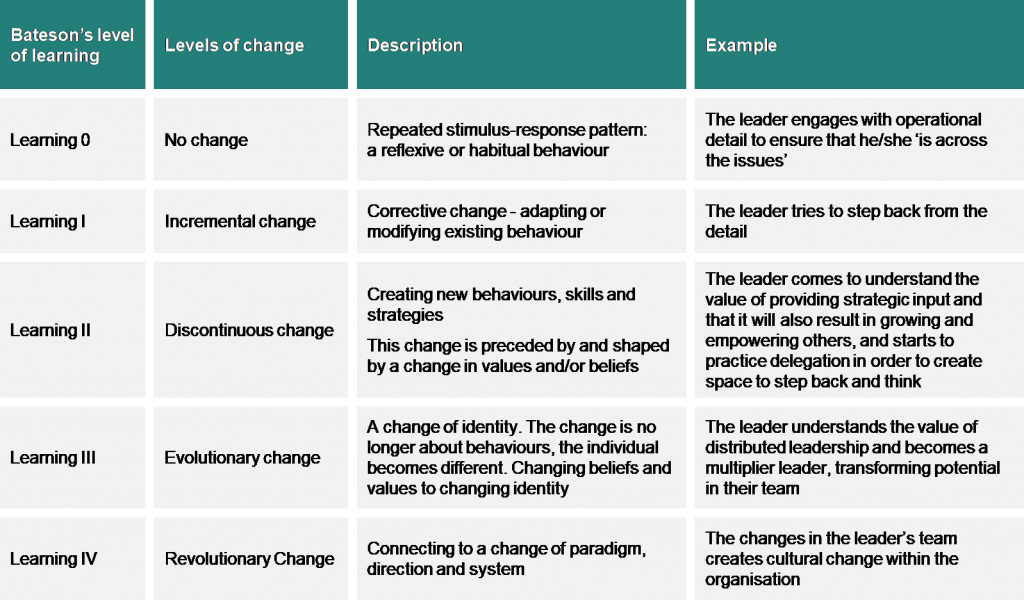 When we are no longer able to change a situation, we are challenged to change ourselves.
-Viktor Frankl

Counterintuitively, it is not the behaviour that needs to change, for the behavioural change process to be a success. Rather, it is the frames of thinking which precede the behaviour which need to change.

The best coaches help their clients move past their limiting beliefs and self-sabotage strategies and hold up a mirror to the assumptions that get in their way. In short, coaches shine a light on their clients’ inner game to help them create an outer game which helps them actualise more of their potential. As Eric Schmidt, now chairman of Alphabet famously stated in an interview with Fortune , “The one thing people are never good at is seeing themselves as others see them. A coach really, really helps … Somebody who can watch what they’re doing and say, “Is that what you really meant? Did you really do that?” They can give them perspective.”

The best coaches help their clients move past the edge of their awareness. They help create discontinuous and evolutionary change (see Table 1) by helping the person change their thinking so that a change in behaviour doesn’t need to be sustained – the person him/herself has changed. This understanding explains why we act the way we do: it helps us explore our thinking patterns and emotional habits which give rise to the behaviours that either unleash our potential or limit us.

We simply cannot play a better outer game until we do some work on our inner frames. Our beliefs, values, understandings, decisions, expectations, sense of identity as well as the concepts and paradigms that explain how we think about our thinking, shape us. These structures have a direct impact on how we view the world, the way we interact with it and the impact it has on the quality and direction of our life.

There are two classes of frames which are useful to explore our thinking:

A better way and a better outcome 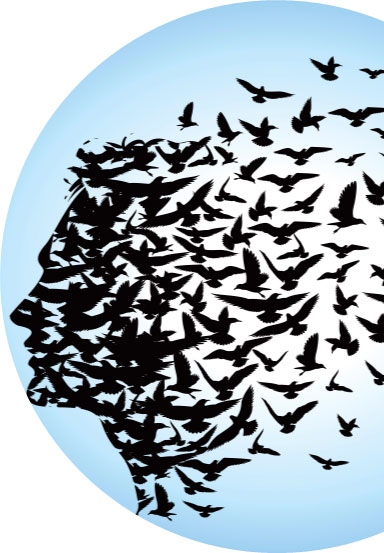 Let’s revisit Mike and Susan and see how they, with brain-based performance coaching, created the change they wanted.

Mike examined his frames of thinking around his identity as well as his beliefs about his potential and ability. He worked on changing his beliefs about himself, his sense of self and some of his norms. He acknowledged his success – and how his behaviours were starting to limit him. Rather than trying to change his behaviour in isolation, Mike challenged his internal world and built regular feedback in to his development plan. In the moment feedback enabled him to understand what others were experiencing and the impact he had on others. He was able to loop his behaviour back to his thinking patterns and then work on modifying what was getting in the way. Mike is now known across the organisation as a promoter and developer of potential.

Susan’s sense of identify and derivation of worth would not let her move into being more vocal, even though at an intellectual level, she could see how it was restricting her success and contributing to her feeling like an imposter. After working on these associations, Susan was able to behave in a more confident, assertive manner in intimate as well as larger forums, and even nominated herself for (and was successfully awarded) a more senior role. As a result of an increased sense of courage and self-worth. Further, Susan has realised and derives great satisfaction from the fact that she is modelling authentic leadership for other women leaders within her organisation.

What Mike and Susan had in common was a coach who could observe their thinking patterns and spot what was getting in the way as well as what was contributing to positive change. This enabled them to change aspects of their thinking which liberated more of their potential and contributed to the behavioural changes they desired.

How brain comes before behaviour 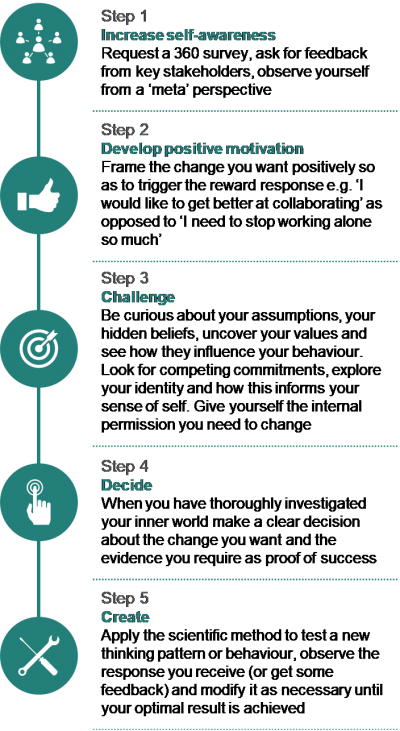 Bendelta has codified the approach we have used successfully with Mike, Susan and many others within our framework of Potentiology™, the science and art of realising human potential. While some of this approach will appear familiar, it is Step 3 (‘Challenge’) and Step 5 (‘Create’) which set this methodology apart from the conventional behavioral change initiatives and help to explain its success in delivering durable behavior change.

Of course, in the same way that the correct recipe doesn’t enable anyone to become a master chef, nor does the knowledge of the above steps make anyone an outstanding coach. The human brain is remarkable in its complexity, especially in terms of the way it can resist even those changes that are in your best interests.
At Bendelta, we have identified the importance of coaches going through their own brain-based development to master the subtleties of helping an individual to achieve more of their full potential. There is no denying the powerful effect of understanding the science of how brain changes drive behavioural breakthroughs, but the mastering the art of crafting a pathway that works for each individual is just as important. Seeing the impact for people such as Mike and Susan makes the time we invest well worth the effort and enables us to reach our corporate vision of unleashing human potential.