1. Why all organisations need a ‘purposeful pause’ in 2020
2. Enduring the Marathon
3. The evolution of the brain
4. Renaissance. Making your organisation future-fit
5. The Pandemic Pivot
6. Lonely at the top?
7. The key to improving customer experience? Focus on your employees
8. The Alchemy of Change: Changing business culture from within
9. Consulting at the crossroads
10. Standing on the shoulders of giants
11. The role of leader as constant gardener
12. New frontiers in measuring human potential
13. Don’t change your behaviour. Change your brain
14. The six building blocks for future culture
15. The role of human potential in creating exponential organisations
16. A new dawn in leadership capability development
17. Moving the dial on employee engagement
18. The fundamentals of leadership resilience
19. Getting outside
20. Leading in complex environments

Lonely at the top? 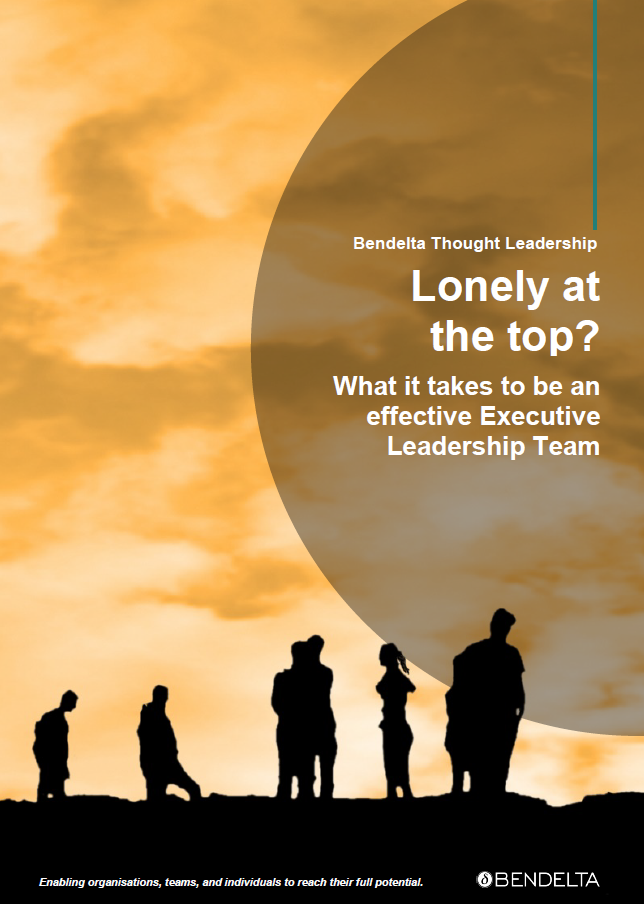 What it takes to be an effective Executive Leadership Team

Never has ‘team leadership’ been a more important dimension of leadership as a whole. As companies become more flat, nimble and connected, the role of teams in performance grows. Whether these are permanent teams or project teams, the ability of a company to move quickly, respond to opportunities or threats and generate value is largely a product of how well it forms and runs teams. Indeed, the entire Agile movement reflects the importance of the construct of ‘team’ in its principles and values – in a way that looks quite different from traditional waterfall approaches.

Fortunately, there are many good models for what it takes to be an effective team and how to lead one. Everything from Patrick Lencioni’s ‘Five Dysfunctions of a Team’ to Google’s Project Aristotle research provides useful guidance on the hallmarks of a great team and what leaders can do to create such a team. Blending multiple sets of research findings, we see that great teams:

Share a common purpose and have a deep sense of ‘why’

Have high levels of trust or psychological safety

Have positive conflict, whereby team members offer their positions but hold them lightly

Successfully balance safety and inclusion with commitment and accountability, so that team members are motivated and get things done.

Similarly, we understand that those responsible for leading teams can create these high-performance conditions by doing things such as:

Ensuring that dialogue is translated into coherent action, with accountability shared around the team.

But what about the Executive Team, the most senior team in the organisation? Do the same enablers and principles apply?

The answer is yes, but the answer is also that what works for most teams is not enough for the Executive Team. Why is this? Put simply, it’s because the higher you go in an organisation (even a flat organisation which says it is not driven by hierarchy), the more the team has to deal with tensions – balancing desirable but competing objectives. It’s not that other teams don’t have tensions to manage – all teams do – but rather that these tensions become both most pronounced and most mission-critical at the top of the organisation. And that has consequences for what it takes to be a great team.

Tension 1:
Being a multi-purpose body

Why have an Executive Team? Many would feel this is so self-evident as to not require examination, but the reality is that many Executive Teams aren’t clear on their purpose as a team. (Their sense of purpose as individuals at the Executive level is usually much clearer.)

I often use Bendelta’s Executive Team Types framework to understand which types the Executive most wants or needs to preference. More than 80% of the time, it reveals that the Executive Team isn’t leaning to the modes that most of the team feels it should. 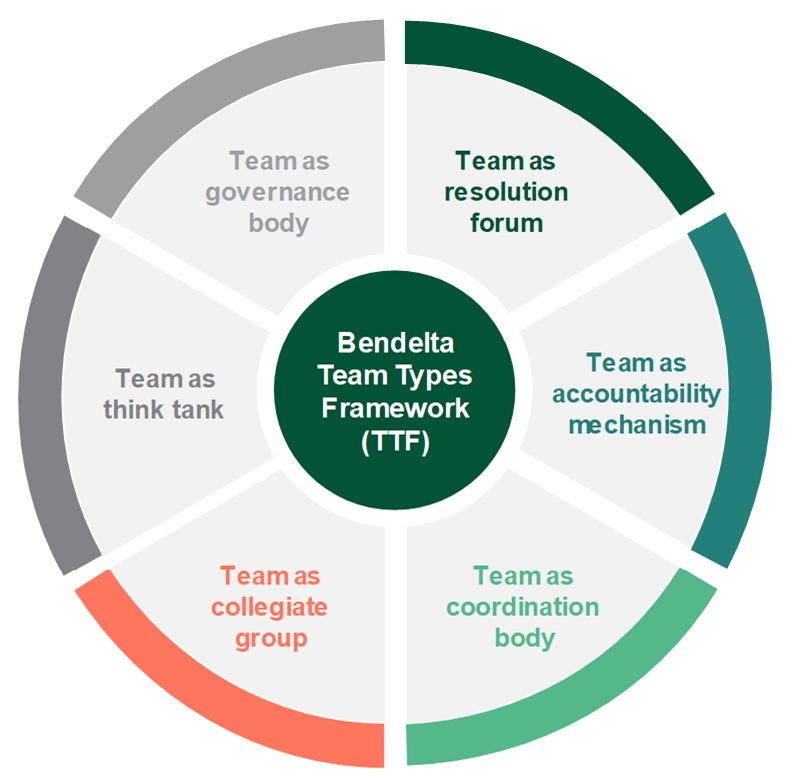 In one way or another, contemporary organisations are compelled to succeed across three time horizons simultaneously. (This is well expressed in the McKinsey ‘Three Horizon’ framework but is applicable even if this framework isn’t employed.) Specifically, they need to:

It sounds difficult but in fact it’s much more than difficult. It requires the Executive to change gear in terms of both pace and success measures, while being equally rigorous across all time horizons. The most common failings are:

Not all problems and opportunities are the same. But Executive teams often fall into the trap of treating them as they are. Broadly speaking, there are three types of challenge and three quite different ways of approaching them:

At the heart of being an effective Executive Team (in addition to what is required for any high-performing team) are:

All of this requires effective prioritisation. In an age where there are always too many issues to address, Executive Teams must be highly skilled at identifying what matters most, focusing on these, and resolving everything else by devolving, distributing or dumping it.

Seven steps to being a high-performing Executive Team

In addition to the keys to being a high-performing team at any level of an organisation, the following steps can assist Executive Teams to achieve their full potential:

Get clear on the higher purpose of the team. Work out what value the team, as a team, can best add to the company

Prioritise. Identify (and continue to update) a work program that delivers on the higher purpose. Ask yourselves “what is it that only this team can do?”

For anything outside of these priorities, identify other ways for required work to get done. This can be anything from single-point accountability for an Executive on the team, to task forces and of course, delegation

Distinguish the business objectives by time horizon and ensure that the success measures vary accordingly. Get the proportion of focus across the time horizons right.

Set up a cadence that helps the team to shift gears. An effective approach may be to have some meetings exclusively for operational matters and another for strategy, culture and team effectiveness

Ensure that complex problems are identified and addressed differently, as a top priority for the team. Develop ways of working that encourage and fuse diverse perspectives, generating debate and dialogue, not politeness or positions

Continually develop the capability of the Executive Team. Resist the temptation to say “we don’t have space for our development” or “at our level we don’t have that much growth potential”. Ensure there is an ongoing discipline of developing the team, as a team, to reflect the most significant strategic, cultural and team challenges on the horizon.

This article was first published in The Australian, click below to the original article: