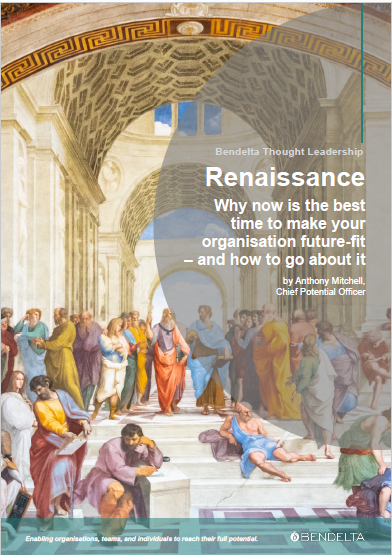 The Renaissance period ushered Europe from the Middle Ages into Modernity in the 15th and 16th centuries. Its enlightened, humanistic thinking was manifested in art, architecture, politics, science and literature. It was so powerful that today the word ‘renaissance’ does not simply apply to that historic period but extends to any impressive rebirth.

The health impact was horrific. The total population of Italy may have dropped by as much as a third. There was also an economic crisis as trade ceased because of fear of the spread of plague. As trade stagnated, businesses failed, and unemployment rose.

How could this possibly have generated the Renaissance? The plague disrupted society to an unprecedented degree. It overturned the existing social structure and old certainties. The mental outlook of people changed dramatically – they were no longer willing to accept the status quo. This led many to use reason to understand the world and the new spirit of enquiry helped to ignite the Renaissance.

The Renaissance is a salient example to use – given its severity and its similarity to the current pandemic – but what it demonstrates has recurred throughout history. When any cataclysmic event disrupts established patterns and provides a window for people to question both society’s norms and their own, it leads to massive change. We just need the jolt. 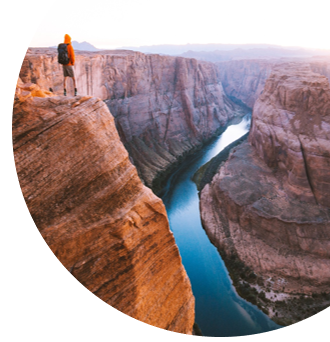 This is all about how our brains work. As the expression goes, ‘neurons that fire together, wire together’. We form mental habits very easily – whether that’s how we brush our teeth, how we save versus spend our income, how we go about our work, and so on. We develop ‘rivers of thinking’ – synaptic pathways that become more rigid and unquestioned. Indeed, they become so habitual that we become unaware of them and unaware that there is even something to question. And the longer we continue the pattern, the more that these rivers cut deeper into the canyons through which they flow, until small fissures become deep crevasses, out from which it is almost impossible to climb.

Until we get a jolt. It’s like what someone experiences after a heart attack, cancer, a heartbreaking end to a relationship or unexpected job loss – our brain is jolted from its ‘rivers of thinking’. We recognise that there is a habitual pattern and that it is not our only option. We ask ourselves ‘might there be another way?’ That could range from starting a fitness program to spending more time with family, making a dramatic career change or even re-thinking our entire purpose in life.

‘arrive where we started and know the place for the first time’.

It’s usually unfathomable – until we get the jolt that shows us that our unconscious habits exist and are actually a choice.

Imagine when this happens to everyone in society at the same time. And when it happens not only to individuals, but also to families, teams, organisations, communities and countries. There is a collective (if unspoken) epiphany as we become aware of these rivers of thinking and ask ‘do our established patterns still fit?’ and ‘might there be another way?’

That is precisely why now is the best possible time to make changes in your organisation – to make it more future-fit, to enhance the culture, to make it better equipped for high performance.

Both your organisation and your people are in a disrupted state. The collective ‘rivers of thinking’ can be more easily recognised and changed at this time. It’s as though everyone has climbed out of the crevasse to stand on a plain where they can better recognise where they were and where they could be instead.

By contrast, if you wait until the turbulence of the pandemic has passed, change becomes more difficult. People’s implicit narrative becomes ‘things have gone back to normal’. That means change has been made doubly hard: firstly, you’ve missed the time when people are at their most open to new approaches; and secondly, if people have returned to the ‘old normal’, they will have quickly rigidified to it because of the familiarity and the depth of the existing habits.

If now is the time to act, then in what direction? Obviously, the specifics will differ between organisations. However, based on previous times of turbulence and what we see around us right now, there are some strong universal themes for post-turbulence change:

At any given time, some organisations are pioneering. Frequently, these will be young organisations unencumbered by history. Because of collective rivers of thinking, older companies will usually be various distances behind.

As people’s minds naturally turn towards change, they are most likely to seize upon the pioneering approaches they see around them. That is precisely what happened in the Renaissance. Before the plague, some thinkers were embracing rationality and challenging both the nobility and religious orthodoxy.

But the spirit of revolt enabled these ideas to take hold.

Based on this, we can expect ‘future-fit’ principles to be more broadly embraced (and indeed, many of them have adopted more in the last two months than in the previous two years). A good starting point is Bendelta’s Seven Characteristics of Future-Fit Organisations:

Evolutionary forces are most visible are most noticeable in turbulent times, especially in times when there is widespread death (or risk of it). In benign conditions, almost any species can survive and the rate of evolutionary is therefore slow. In cataclysmic conditions, the opposite is true. Quite simply, the stronger survival traits are more starkly apparent when fewer species survive.

Typically, we think of this applying to animals and plants, but it is equally true for organisations. Right now, more businesses are going out of business, struggling or having to make major changes than usual. While some of this is sectoral, much of it is more indicative of Warren Buffett’s dictum that

‘It’s only when the tide goes out that you learn who has been swimming naked’.

Likewise, while some companies are succeeding simply by virtue of being in the right industry at the right time, it is highly instructive to see which companies are doing much better than their peers in the same industry.

Some of the reasons are eternal e.g. they provide a markedly superior customer experience. But others are more specific to the fourth industrial revolution. For example, some have been ahead of the curve on technological factors such as digital, data and AI. Others have been better at a portfolio management level in terms of proportionate investing across time horizons.

While you can look within your industry to discern these trends, you are often better to look at other industries in times of upheaval. There you may find the vectors than haven’t yet been cornered by your competitors.

Finally, you may find these directions within your own organisation – the ideas and initiatives that have been nascent, under-invested or simply left at idea stage, but for which their time has truly come.

Part 3: How to successfully change?

If now is the time to act, then how is the change best undertaken? Three principles are most important:

In times of turbulence, people are more likely to crave direction. Of course, they will also appreciate the chance to contribute to determining that direction. Accordingly, it’s important to create shared vision, a future that everyone truly cares about creating. This is a golden opportunity to draw on the insights that are fleetingly possible as people have awakened to the rivers of thinking that have limited the organisation and themselves. It’s important to achieve this in the brief window before those old mental models return.

For leaders, it’s important to share with others what you imagine for the future and encourage others to do so. Using story-telling and visualisation, leaders can paint a compelling picture of a successful future that appeals to shared goals and values

An exciting vision is great – but it works best when it is coherent, with an underpinning logic that describes why it makes sense and what the new organisation will look like. This is about providing the scaffolding that creates meaning and consistency.

Examples of such alignment include:

The key to the change sticking is ensuring that the old habits are quickly and comprehensively replaced by new habits. This doesn’t happen through good intentions or enthusiasm.

What makes change stick is the use of visible, concrete and hard-to-remove artefacts. Artefacts include routines, rituals, symbols, stories and language. They may manifest in a new vision statement, new awards, new regular events, or imagery that’s seen in offices, in virtual settings and on company collateral and correspondence.

They also include changes to structures, systems and processes – these could take the form of new strategic plans, a new organisational design, new customer experience programs, or new performance management frameworks and processes, just to name a few. Leadership programs to teach and reinforce the new mindsets, language, behaviours, expectations and how to enlist one’s team are also extremely helpful.

Conclusion: Yes, this is the best time

We all know the Chinese proverb that says:

“The best time to plant a tree was 20 years ago. The second-best time is now.”

There’s a strong likelihood that your organisation has known for a while that it could be a better, more future-fit organisation than it is right now, for reasons of either opportunity or necessity.

But it hasn’t had the traction, or even instigation, that it might have. Perhaps that was because it the need wasn’t sufficiently urgent or severe. Perhaps rivers of thinking, even in the senior leadership, stopped people from seeing that what were once constructive routines had become limiting ruts.

Now is the time to seize those opportunities, to make a change that might have taken years (or forever) and accomplish that transformation in one-tenth of the time, fuelled by the increasingly open, receptive minds and restless, hungry spirits in the organisation. Of course it’s easy to rue not having done in before, when you could have really stolen a march on the market, but the second best time is now.